Because I can rarely say it better than Dan John:

But what about treadmills? What about 5am spinning classes? The thing is, a person’s basal metabolic rate makes up 70% of calories consumed in a day and 10% of calories consumed are done so in the digestion of what you eat. The other 20% is physical activity. This is why people who try to overcome their diet on a treadmill, elliptical, or cycle are rarely able to be consistently successful. Those activities are going to only  minimally affect a person’s BMR. You build very little (if any) muscle. Instead, you train your body to become efficient at whatever your preferred activity is. Over time, you become the slightly pudgy, Saturday morning jogger making the rounds on the local bike path.

Lifting weights on the other hand will increase your muscle mass, which will in turn increase your BMR. Not only do you get the benefits of affecting the 20% (physical activity), but you also affect the 70% (BMR). I can’t tell you how many times I’ve been told by runners, cyclists, and other cardio-enthusiasts that I must have a fast metabolism or that my eating is going to catch up to me some day. Well guess what? People who lift (appreciable) weights do have better metabolisms! And my eating is only going to “catch up” with me when I slow down or significantly alter my diet. There probably isn’t a more universally assumed fitness fallacy than the premise that “cardio”=weight loss. If you want to lose weight, clean up your diet. Then start lifting weights (and no, curls and tricep pull-downs do not count). If you want to add mass, start eating (significantly) more and lift heavier stuff. It really is that simple.

After viewing 50+ houses, (un)successfully buying one house and then pulling out of negotiations on another one, it looks like we’ve finally found a place that is going to work out. It’s a great house that has almost all of the features we were looking for. Most importantly for me, there’s more than adequate space for building my home gym. There’s also plenty of driveway space for dragging the sled around.

The biggest question will be whether I use the 2+ garage or the finished basement. Pros of the basement include consistent temps, full bathroom, lighting/electrical, and all the other creature comforts that come with a gym inside the home. Benefits of the garage would be that we’d free up more space in the house (probably not necessary), no worries about ceiling heights, more freedom to drill into walls/floors, and likely a greater ability to hang stuff from the ceiling.

I’ve pretty much all-but-decided to primarily get gear from Rogue Fitness. I can’t say enough good things about that company. American made, fair prices, solid gear… Plus, they cater towards garage setups and small gyms, so most of their racks are built to serve many purposes.

Simple Pushing and Pulling Routines with a Rogue Dog Sled

I’ve had the Rogue Fitness Dog Sled for a few weeks now and, despite it being December in Michigan, I’ve been able to get out and play around with it a handful of times. When my youngest brother is home from school it’s a fun thing for us to push and pull around outside. Here’s the routine we’ve been using:

A. Push the loaded sled (with 140lbs added) approximately 50-60 yards. These should be sprints. We run right after eachother, but when I’m alone I’ll give myself a 60 second rest in between. Repeat 5 times.

B. Lay down, try not to puke, and catch breath. Approximately 5 minutes.

Using a loaded sled (my brother stands on it for my runs as well) and a TRX attached to the tow hook:

C1. Pull the sled, facing forward, handles against the chest.

C3. Row the sled in reverse by walking out until arms are extended and the TRX ropes are taut and then “row” it towards you without moving from that position.

All of the pulling/rowing is done for approximately 20-25 yards. Rest period is based on the time it takes the next person to go through all three movements. We repeat this three times.

May have been in the mid-40’s (in December?!), but it felt like Christmas. I was able to assemble and do some trial runs with my newest toy, a Rogue Fitness Dog Sled. Ever since I first tried a Prowler I was in love. Looking forward to using this on the weekends and maybe as a form of active recovery during the week.

To be honest, I’m usually not a big fan of Triumphs. I realize this is blasphemy in the motorcycle world. This bike blew me away though. It’s built by Helrich Custom Cycles. 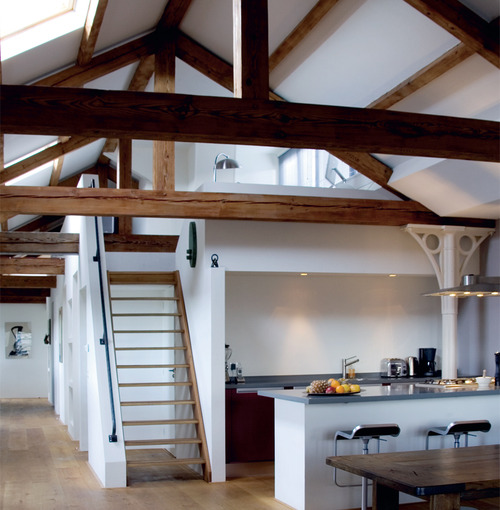 There really isn’t anything I don’t like about this room. The open staircase, the loft and beam space, and the stools are my favorite though.

The paint on the tank reminds me of nimbus grey, an Audi TT color I used to love in high school. 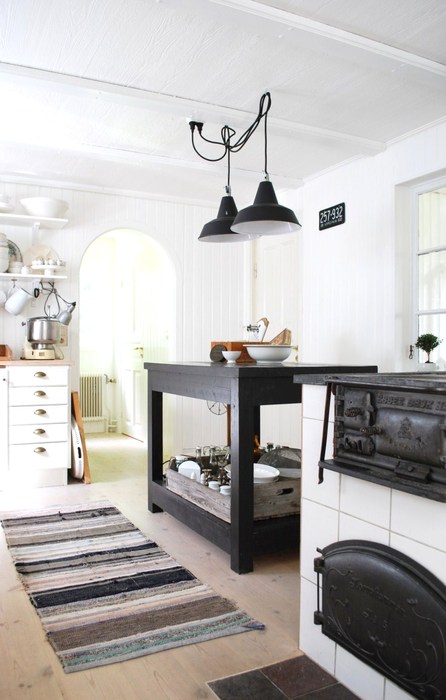 I really like the simple color scheme in this kitchen. To me, it also does a great job of making “old” feel “new” and clean without having to incorporate a bunch of stainless steel or dramatic materials.

Only thing I’d change on this bike would be the rear light/license plate. I especially like the oversied front tire with the undersized and set-back headlight.

One of the most neglected, yet important, training movements is the weighted carry. I won’t get into any of the functional vs.  non-functional arguments, but I think both sides can agree that weighted carries are extremely beneficial.

Carrying loads is such a basic human movement that there is no denying the benefits of becoming proficient at it. The sheer number of muscles that must be used during a weighted carry make it great for building strength, improving conditioning, stability, and a lot more than I could ever identify.

In addition to incorporating sprints (cycling and foot) into my routine, I’ve also added weighted carries. During the winter, it’s tough to do these at home as I live in a small apartment. Once it’s nice outside, it’s easy enough to carry some sand into the driveway.

I start pretty simple. I grab two 60lb bags of sand. I only have extra large, military-style duffles, so each duffle has a lot of extra material. I do six walks, with minimal rest, holding a bag in each hand (farmer’s walk). For these first sets I just bunch the duffle material up and try to grip it. It’s a lot of material, probably closer to the mass of a fat-grip implement. Six or eight sets are about all I can do before my grip gives out on me. Then I start looping my wrist through a handle on the bag and gripping in the same way as the first sets. The wrist through the handle allows me to perform another 6-8 sets. After that, I pick up one bag and hold it straight over my head (in an overhead press stance) for another 3-4 sets. Distance, time, rest periods will all depend on a lot of factors. There’s no need to really over-think these.